"To facilitate and coordinate the implementation of applied geoscience programmes in East and Southeast Asia in order to contribute to economic development and an improved quality of life within the region."

Ly Son – Sa Huynh Geopark is located along the 130 km long central coast of Vietnam in Quang Ngai province. The Ly Son – Sa Huynh Geopark covers the area of 2,016 km2 with a population of 900,000 covering nine districts of Ly Son, Binh Son, Tra Bong, Tay Tra, Quang Ngai city and coastal communes of Tu Nghia, mo Duc and Duc Pho. In addition, the geopark also covers 2,617 km2 of wetland including internal water as defined by the United Nations Convention on the Law of the Sea 1982.

The event is an opportunity to strengthen scientific evidence on geological and cultural heritage, to further supplement findings from scholars, researchers and policy-makers in a bid to finalize the application dossier to submit UNESCO by the end of 2019 for the recognition of a UNESCO global geopark, as well as to provide necessary information for the conservation, management and development of Ly Son - Sa Huynh Aspiring UNESCO Global Geopark, and to commemorate the 110th anniversary of unearthing Sa Huynh Culture. 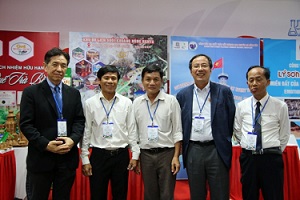 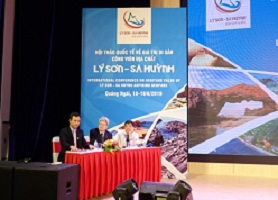 At the Discussion, Dr Dhiti suggested that: 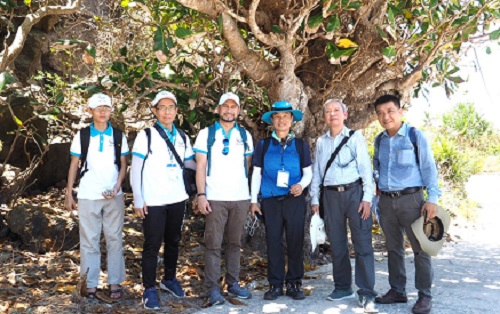